Everything you need to know about the Hunters

Channel 10’s new series Hunted asks the question: If you had to disappear without a trace with a team of elite investigators in pursuit, could you evade capture?

To find out, nine pairs of ordinary Australians will become fugitives in this unique series.

With limited funds and resources, the fugitives must think of ingenious ways to survive and remain undetected on the run for 21 days. Surrounded by surveillance, the fugitives will constantly look over their shoulder, weighing up the risk and return of every move.

Hunting them down are some of the world’s best investigators formerly of the Australian Federal Police (AFP), Australian Defence Force (ADF), British Intelligence, special ops and private security alongside skilled cyber analysts who will combine their expertise with replicated powers of state. 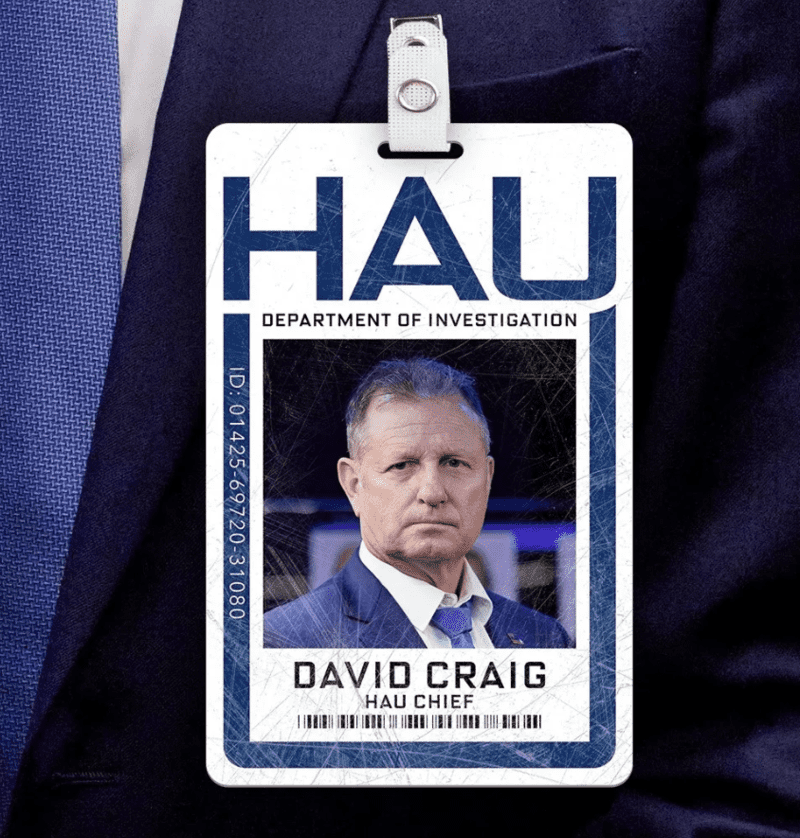 During his career, David also provided close personal protection (bodyguard) for three Australian Prime Ministers and was deployed to a variety of countries and environments ranging from the jungles of East Timor (2001, United Nations) to the deserts of Afghanistan (2009–2010, NATO Forces). 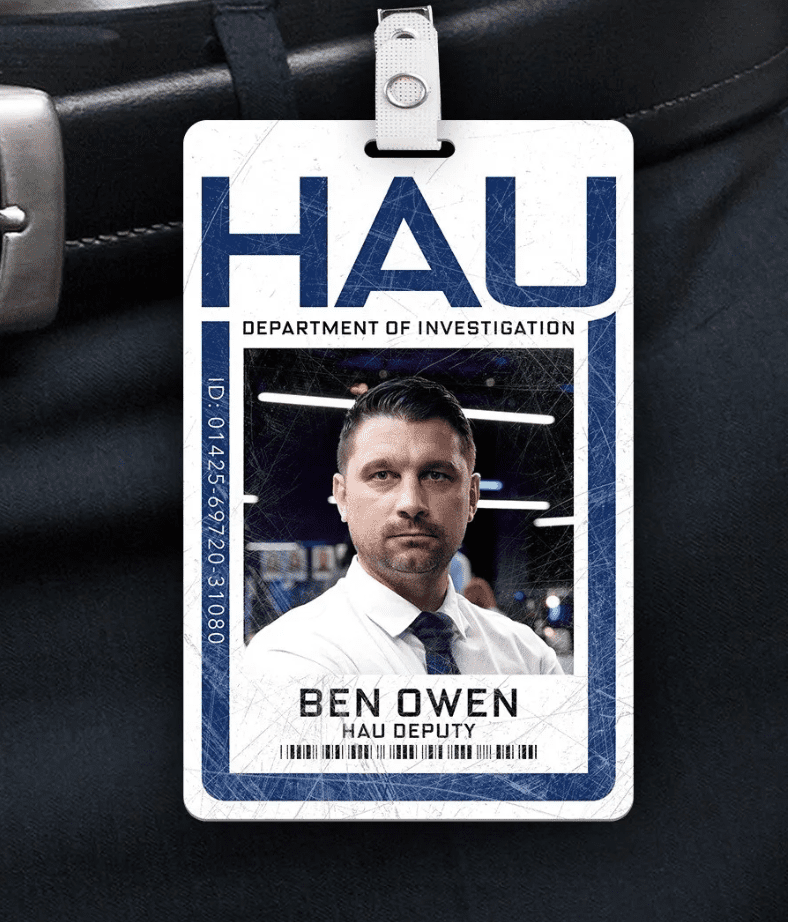 Joining Hunted as Deputy, Intelligence, during his career Ben has gathered intelligence for some of the most high–profile manhunts in recent British history across a 10–year intelligence career. Before this, Ben served in the British military as a sniper, and was deployed across the globe, including the Gulf War II aged 19. As Hunted’s Deputy, Operations, Reece Dewar OAM brings to the investigation a wealth of varied experience drawn from a highly-decorated 30-year career.

Highly experienced in counter-terrorism and offshore recovery operations, following his retirement from the military, Reece served as an advisor to the United Arab Emirates (UAE) Government in Special Operations, based in UAE for seven years.

Jason Edelstein brings over 20 years of commercial information security experience to the Hunted HQ team, where he takes up the role of Lead Cyber.

He joins Hunted from leading cyber security firm CyberCX, where, as Executive Director Security Testing and Assurance, he leads a 140-strong team of ethical hackers.

Primed to reach inside the Fugitives’ minds to drill down into their motivations, strengths and weaknesses, Doctor of Forensic Psychology Karla Lopez, joins the Hunted HQ team.

With more than 20 years’ experience, Karla has held senior psychologist roles within correctional, community health, prison and policing settings, including work for the Department of Justice and Victoria Police.

Having worked on the front line of policing for 27 years, recently retired Victoria Police Detective Sergeant Graeme Simpfendorfer brings his nuanced skillset to Hunted HQ, with experience garnered across policing in both metropolitan Melbourne and regional North- East Victoria.

Calm and analytical by nature, Graeme has worked in the Homicide Squad, Drug Units, on Armed crime taskforces and with Sexual Offences and Child Abuse Units across a highly- decorated and dedicated career.

Kerri Collins brings over 24 years’ experience as a senior intelligence professional in both law enforcement and private sectors, joining the team as Lead Intel Analyst on Hunted.

Kerri spent 13 years with the Australian Criminal Intelligence Commission and was also an inaugural civilian criminal analyst for the Queensland Police Service in 1997.

Vikki Grouios brings her sharply-honed ethical hacking skillset to Hunted Cyber team, drawn from years of work and study in the rapidly-evolving field of cyber security.

After earning a Bachelor of Information Communication Technology Network Design and Security, Vikki has since attained a number of ethical hacking industry-based certifications from Offensive Security, CREST, CISCO and SANS, and has more than eight years’ experience working in the cyber security industry.

Carter Smith has a keen passion for Open-Source Intelligence (OSINT) across both social and technical domains. With a Bachelor of IT Networks and Cyber Security, Carter has experience in penetration testing across web applications, external and internal network,plus human and physical domains.

Part of the Hunted Cyber team, Carter has a passion for learning and discovering the psychological aspects of human interaction with technology, specifically in a cyber security context.

With Degrees in Computer Software Engineering and Information Technology – Network Security, Steph’s previous experience as a digital forensics specialist for government and in threat intelligence for professional management services, has led to her current role as a Senior Security Consultant, Testing and Assurance.

Part of the Cyber team as Digital Forensics specialist, Jay Banerji’s work includes forensic acquisition and analysis of computer systems and electronic media, combing through data and evidence in pursuit of clues.

Having worked on various high-profile cyber-attack responses across his career, and with threats to cyber security ever-evolving, Jay knows that the cyber incident responders andnetwork defenders need to be quick and adaptable to stay one step ahead.

A recent Bachelor of Criminology graduate, Tamara Ruggeiro embarks upon one of her first professional positions in her role as an Intel Officer within Hunted HQ.

Supporting the more senior members of the Hunted HQ intelligence team, Tamara will bring to the fore her knowledge in criminal profiling, victimology and forensic science, while utilising critical thought and problem-solving.

Former Queensland Police Officer Michelle Corlett is a skilled former law-enforcement professional who served in the Mounted Police Unit, Intelligence Branch, was an Investigator within the Weapons Licensing Branch and a Police Firearms and Operational
Skills & Tactics Trainer. She also undertook training as an Army Reservist.

After leaving the police, Michelle has continued to work as an Investigator across various government agencies and also ran her own business as a fitness trainer.

With razor-sharp skills including counter-terrorism, escape and evasion, visual tracking and a comprehensive understanding of mission planning, Luke will always try to think one step ahead of the Fugitives. Since leaving the Army, Luke has studied an MBA and now works for a veteran non-for-profit, and runs a coaching and mentoring consultancy part time.

Having completed tours of duty to East Timor, Southern Iraq and multiple tours to Afghanistan, Marco’s unit was awarded the Meritorious Unit Citation for service in Afghanistan.

A recipient of the Infantry Combat Badge and Commendation for Brave Conduct during his military career, upon retirement from the army, Clancy has specialised in high level security, including working for the Sydney Opera House. He also provides high level security consultation to corporate entities.

Since retiring from the Army, Howie has worked in the private security sector on a range of government, commercial and private contracts in Australia and abroad, for both land-based and maritime security operations. He now runs a skills training consultancy.

Former Victorian Police Officer Kellie Andrews spent seven years in the force, working in the uniform branch across multiple stations. During her policing tenure Kellie completed a considerable stint within the Specials Unit, a hand-picked group of members trained in covert and investigation skills across specially tasked operations, including drug labs and motor vehicle theft.

With additional experience in plain clothes response teams, Kellie worked in both regional and metropolitan Victoria, giving her a solid understanding of the territory where the Fugitives may hide.

Holding an Executive Master’s Degree in Public Administration, Rhonda is skilled in investigations, intelligence gathering and covert operations, as well as risk analysis and mitigation.

During his career, Jeremy has commanded special operations missions in the South Pacific, South East Asia, Iraq and Afghanistan – as well as leading an international team of special operations instructors in the development of a key Middle Eastern Allies Special Operations
and Counter Terrorism capability to combat Al Qaeda and Islamic State militants.

Skilled in negotiation techniques, surveillance, communications and investigation, Kim went on to diversify her career, spending 20 years as a passionate and dedicated leader in the Community Services sector and receiving an Australia Day award for Community Leadership.

Hunted is an Endemol Shine Australia production for Network 10.