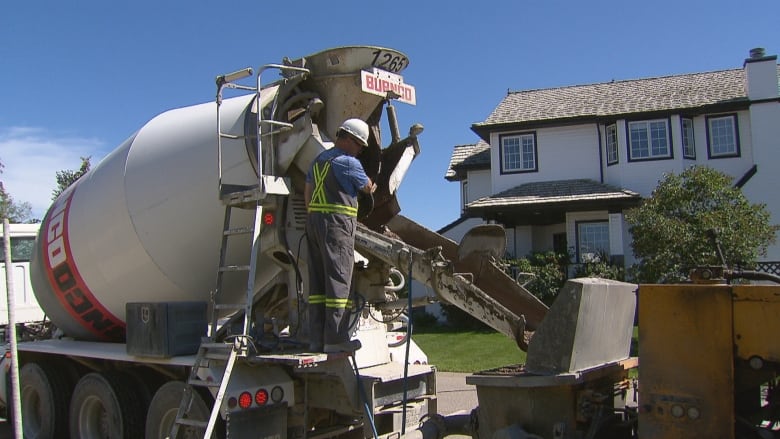 The concrete truck sputters out the last of its contents as it fills the backyard patio of a senior couple in Calgary. Emad Sleiman lets out a laugh that’s a mixture of satisfaction and relief.

Sleiman’s local business has been overrun with project requests this year, but his crew at Apex Concrete and Landscaping is having a major issue: finding enough concrete.

Apex used to schedule concrete trucks based on the projects they had coming up. Now, they’re booking any available concrete and trying to squeeze clients into those days. Some jobs are being pushed back weeks as they wait for materials and other Calgary companies, like Omega 2000 Cribbing Inc., are turning clients away.

The construction sector is having a boom year, as consumers and companies pour more dollars into building infrastructure. But cement, a key ingredient in making concrete, has become scarce, and the shortage — caused by a confluence of increased demand, labour shortages, inflation and issues at major plants — is creating serious problems for the construction industry across the country.

One undisputed cause of the shortage is an increase in demand. “This is a good-weather summer. And people have put off building for a while, and the money has come from governments.… And now everybody wants to do everything all at once,” Michael Veall, a professor of economics at McMaster University, said. 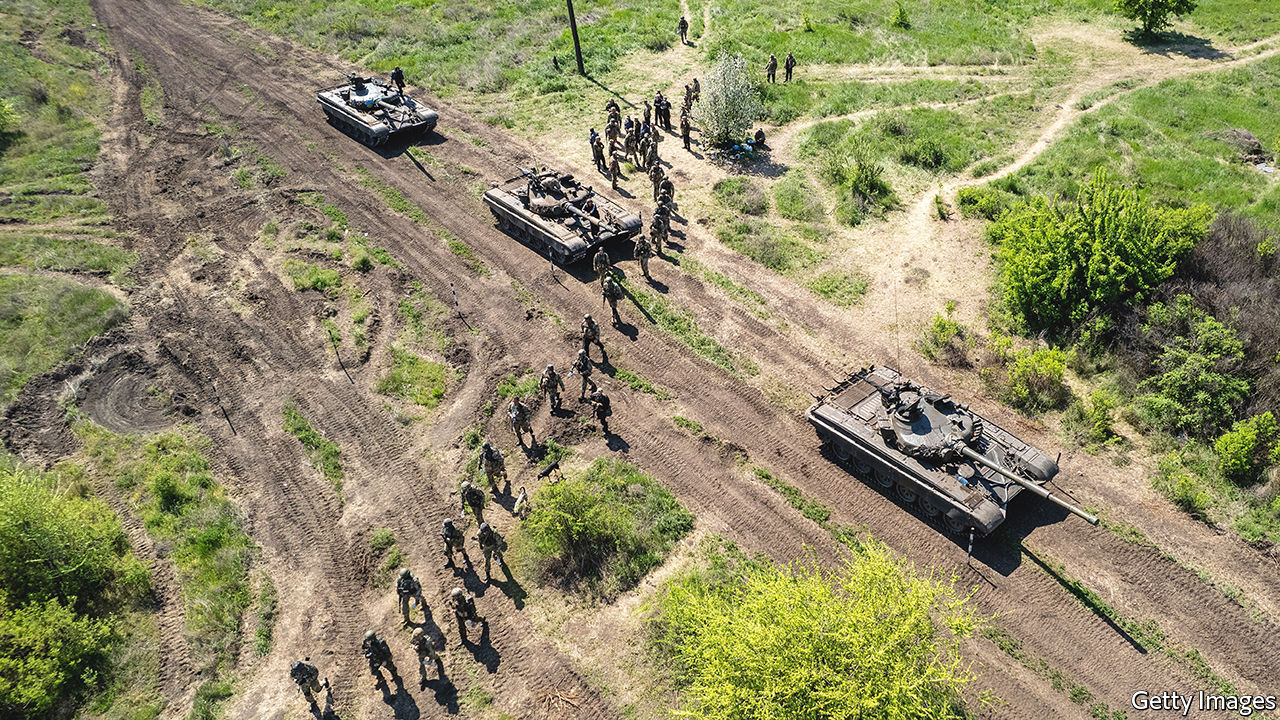 Software developers aspire to forecast who will win a battle

Warfare is complex—and, as those who start wars often discover to their chagrin, unpredictable. Anything which promises to reduce that unpredictability is thus likely to attract both interest and money. Add the ability of modern computers to absorb and crunch unprecedented amounts of data, and throw in a live, data-generating war in the form of the conflict now being slugged out between Ukraine and Russia, not to mention the high level of tension across the Taiwan Strait, and you might assume that the business of trying to forecast the outcomes of conflicts is going into overdrive. Which it is.

One piece of software dedicated to this end is the Major Combat Operations Statistical Model, mcosm, developed by engineers at the Naval Postgraduate School (nps) in Monterey, California. mcosm runs algorithms based on data about 96 battles and military campaigns fought between the closing year of the first world war and the present day. When fed information about Russia’s initial push to seize Kyiv and subjugate Ukraine, which began on February 24th, the model predicted, on a scale of one to seven, “operational success” scores for the attacker and defender, respectively, of two and five.

That pretty much nailed it. On March 25th Russia’s forces gave up the idea of taking Kyiv and narrowed their objectives to Ukraine’s east and south, marking the end of what has come to be seen as phase one of the war. Nor was mcosm’s forecast a fluke. In the hands of knowledgeable users, says Jon Czarnecki, who created it, it gets seven out of ten forecasts

Google and Chevron are part of a $250 million funding raise announced Tuesday for TAE Technologies, a nuclear fusion startup with an unconventional strategy that has now raised a total of $1.2 billion.

Nuclear fusion is often referred to as the holy grail of clean energy because of its promise of generating nearly unlimited emission-free energy without the equivalent harmful, long-lasting radioactive waste that nuclear fission produces.

Nuclear fission is the process by way conventional nuclear power plants generate energy in which a larger atom is split into two smaller atoms, thereby releasing energy. Nuclear fusion reverses that process, with energy produced when two smaller atoms slam together to form one larger atom.

Fusion is the elemental process that powers stars and the sun, but has proven fiendishly difficult to sustain in a controlled reaction on Earth, despite decades of effort.

“TAE — and fusion technology as a whole — has the potential to be a scalable source of no-carbon energy generation and a key enabler of grid stability as renewables become a greater portion of the energy mix,” said Jim Gable, president of Chevron Technology Ventures, the energy company’s corporate venture capital arm, in a statement announcing Tuesday’s funding round.

Google, the search giant owned by parent company Alphabet, has partnered with TAE since 2014, providing the fusion startup with artificial intelligence and computational power. But Tuesday marks Google’s first cash investment in TAE.

A roadmap of the TAE fusion machines.

A Japanese investment company, Sumitomo Corporation of Americas, also participated in the round, and will help TAE bring its fusion technology to the Asia-Pacific region. 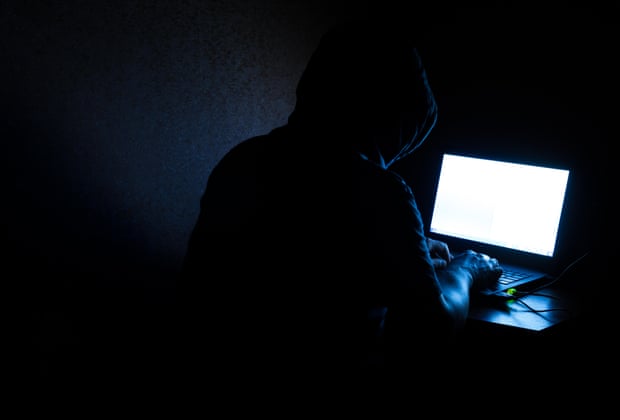 Leading Senior Constable Dr Janis Dalins is looking for 100,000 happy images of children – a toddler in a sandpit, a nine-year-old winning an award at school, a sullen teenager unwrapping a present at Christmas and pretending not to care.

The search for these safe, happy pictures is the goal of a new campaign to crowdsource a database of ethically obtained images that Dalins hopes will help build better investigative tools to use in the fight against what some have called a “tsunami” of child sexual assault material online.

Dalins is the co-director of AiLecs lab, a collaboration between Monash University and the Australian federal police, which builds artificial intelligence technologies for use by law enforcement.

In its new My Pictures Matter campaign, people above 18 are being asked to share safe photos of themselves at different stages of their childhood. Once uploaded with information identifying the age and person in the image, these will go into a database of other safe images. Eventually a machine learning algorithm will be made to read this album again and again until it learns what a child looks like. Then it can go looking for them.

The algorithm will be used when a computer is seized from a person suspected of possessing child sexual abuse material to quickly point to where they are most likely to find images of children– an otherwise slow and labour-intensive process that Dalins encountered while working in digital forensics.

“It was totally unpredictable,” he says. “A person gets caught and you think you’ll find a couple hundred pictures, but it turns out this guy is a massive hoarder and that’s when we’d spend days, weeks, months sorting through this stuff.”

“That’s where the triaging comes in; [the AI] says if you want to look for this stuff, 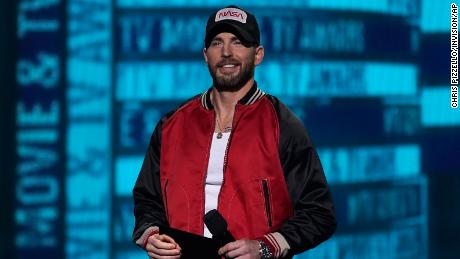 Once you start noticing them, it’s hard to stop.

There have been several trend pieces about the phenomenon in recent years. And NASA’s multimedia liaison, Bert Ulrich — who oversees the use of NASA logos in film, TV and on apparel — confirms the demand for NASA branded apparel is far from petering out, at least based on the number of logo deals he’s been approving. He’s been in his role for more than two decades, so he’s seen the trends ebb and flow. (Mostly flow)
Some of the latest sales boom can be traced back to a surprising place: American luxury fashion house Coach, which debuted a line of NASA-branded apparel in 2017, Ulrich told CNN Business.

Coach originally approached NASA to ask if it could use the “worm” logo, the retro design that the space agency used from 1975 through 1992. NASA, which had barred the use of the worm after it was retired in the 90s, changed its opinion on the matter, allowing Coach to use the logo, Ulrich said.

And the “worm” has since returned to official use and cemented its widespread adoration, at least among diehard space fans.

After the line of Coach apparel came out, things blew up.

Not all of those requests get approved, Ulrich added. But the reason there’s so much interest in slapping NASA logos on everything from Vans sneakers to trucker hats may have something to do with the fact that these companies don’t have to license the logo. It’s all free of charge, and NASA doesn’t make
… Read more Read More